One of the best aspects of online betting is the constant competition which leads to software providers attempting to outdo each other by producing new offerings on a regular basis. Especially since it means a plethora of high-quality offerings produced by the very best companies consisting of both veterans and newcomers on the scene.

And yet, as an online wagering fan, such surplus also means having to sift through the numerous offerings to find out which ones are capable of providing the most entertaining experiences while also featuring high payout percentages.

To ensure you can enjoy just what you need with a minimum of fuss, we have provided new casino games that meet the above criteria, as well as a brief review highlighting the qualities which enable them to stand out from the rest. 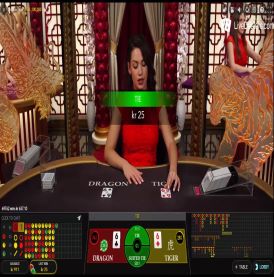 Brought to you by Slot Factory, this offering which is based on the Chinese horoscope, was released in March 2019 and comes with a 94.8% RTP. The 20 win line game features a no-frills design with glowing figures in muted colors which each represent one of the animals that make up the Chinese zodiac. Different animals come with different opportunities to win big. For example, certain animals will provide a win when two of their symbols appear, while three symbols will be required for others.

The slot's wild symbol, the snake, is capable of replacing any other symbol (the free spins dragon, the mini-game ox and the rooster jackpot symbols are the only exceptions). The appearance of three to five dragons will provide you with three to nine spins while the appearance of five roosters will unlock the progressive jackpot.

The appearance of three or more ox symbols will trigger the Wheels of Wealth mini-game consisting of eight wheels which each provide the opportunity for multipliers. It is worth noting that the multiplier increases with each level. In spite of its simple design and gameplay, Dragon's Zen does have what it takes to keep you entertained and provide you with impressive wins.

In this offering, slot fans will get to indulge their inner foodie as they stir up a fiery stew in a dragon pot. The new slot game produced by Pragmatic Play actually features three reels and nine paylines and comes with an RTP of 96.52%. Ingredients that you will get to have at your disposal include diced tofu, chillies, tomatoes and meat, with some of them actually representing important symbols.

An example would be the chilli symbol which is actually the title's wild symbol and is capable of serving as a substitute for all other symbols with the exception of the scatter symbol - which comes in the form of tofu. It is also worth noting that chillies come with multiplier values ranging from x2 to x5. The fish symbol can also spell good news since it means a x11 multiplier. The appearance of three of the same symbols on a payline means you are in for a win.

All in all, Hot Chilli is a no-frills slot which provides loads of entertainment and the opportunity to land certain amazing combos which can lead to fantastic wins.

This new casino game brought to you by Relax Gaming, features a treasure-laden train traveling through the Wild West. The 4-reel and 5-row slot which has an RTP of 96.20%, was released in 2019. Money Train which also comes with 40 paylines, features a wild symbol in the form of two crisscrossed rifles. It also features a scatter symbol, a safe which will appear on the first, third or fifth reels. The appearance of scatter symbols will activate the slot's bonus game - the Money Cart.

A new train will appear as night falls with a 5-reel, 4-row display following the activation of the bonus feature. Here, you will get to encounter tumbleweed symbols (they possess no specific value) and purple safes (which mean multipliers ranging from x1 to x10). You will also get to encounter symbols such as the Collector represented by an outlaw with braided hair and a feathered hat that comes with a multiplier and will also add the value of all other multipliers which are present to the value of its own.

With its detailed graphics, western soundtrack and fun features, the Money Train slot is also an excellent option for fans who want to have fun along with the opportunity of bagging a few wins.